Although kratom is a herbal supplement that many regards to be a safer and effective alternative to pharmaceutical opioids, certain countries, particularly the United States, appear to be on the verge of making it illegal. But why is kratom banned, you may ask.

The FDA stated in May 2021 that it had seized 37,500 tons of contaminated kratom worth an estimated $1.3 million in Florida. While at the time there was not yet a reasoning of why kratom is banned, the FDA had allowed US Customs to “seize with intent to forfeit” imported kratom prior to this event.

Unknown and unreported seizures, such as those reported by the FDA, may increase the actual total number of kratom seizures worldwide. This reactionary prohibitionist approach to ban kratom sales, distribution, and use in the United States and other countries is likely to cause more harm than benefit.

It also does not reflect the current state of science. The FDA, for example, failed to place kratom on Schedule I of the Controlled Substances Act in 2016 due to an embarrassingly lack of proof of harm or addictive potential. So, why is kratom banned, to the point that the FDA doing everything it can, including pushing WHO and UN, to criminalize the plant, not only in the U.S. but also globally?

Why is Kratom Banned and Illegal?

According to the FDA, the reason why kratom is banned is that it is addictive and dangerous. There were 44 people died between 2011 and 2017, in which the dead bodies contained kratom. However, there was no proof that kratom actually caused or contributed to death in the majority of those cases.

However, anecdotal research (over 44 cases) suggests that kratom has helped people live with chronic pain, post-traumatic stress disorder, and opioid withdrawal with little or no addiction. Kratom is safer than several legal prescription and over-the-counter drugs, according to many studies.

Given the data, it appears to be nothing more than a scare trick to convince people that kratom is highly addictive, has no currently recognized medical purpose in therapy, and is unsafe to take under medical supervision in the United States or other nations. At best, this kind of behavior is childish and premature.

The FDA, as might also be as other nations FDAs, do not test kratom on their own. They only look at research that has been submitted to them, which is mainly from pharmaceutical firms who pay a price to have their kratom tested and approved. That isn’t always the greatest approach to get the license for the finest drugs, only the ones that are most likely to be profitable.

To date, the FDA has not approved any independent or industry-sponsored research. It legitimatizes the reason why kratom is banned. However, the FDA did fund a study that, unsurprisingly, justifies its concern about kratom.

The objectivity of this study is therefore obscure. Its methodology didn’t present a complete picture of kratom’s safety. In addition, pharmaceutical companies also don’t want to research kratom because they already have cannabis-based treatments to sell.

8 Reasons Why Kratom Shouldn’t Be Banned

Kratom regulation as drug is misleading because it is a dietary supplement. True, many users and sellers believe it has medical benefits, potentially bringing it under the FDA and other nations FDA’s scrutiny. However, kratom has chemicals that are useful to humans, notwithstanding the controversy. Any justification on why kratom is banned would cause more harm than benefit.

The following are 8 reasons why kratom should not be banned, which may also become the potential harms that kratom ban would cause.

1. If Kratom is Banned, It Will Damage the Ecology

The FDA secretly traveled to Indonesia and schemed to lobby the government of Indonesia, where the majority of the world’s kratom grows. Its purpose was to prevent farmers from producing it. Kratom is a plant that grows in a certain ecological area. In Kapuas Hulu Regency, West Borneo, Indonesia alone, there are around 20 millions kratom trees.

If the FDA’s proposal for global kratom ban is effective, Indonesia has to cut down these millions of trees. It means the ecological damage it brings will be severely unbearable.

This will certainly have an impact on the status of the forest area in the aforementioned regency, where 50 percent of it is conservation land. UNICEF has designated Kapuas Hulu as an area that supports the lungs of the world. The FDA must consider this ecological damage.

2. It is Chemically Possible to Remove the Narcotic Compound

Humans benefit from the chemicals found in kratom. Mitragynine, Paynentein, Speciociliatine, and Spyciogine are analgesic compounds exist in kratom. These substances are useful to alleviate headaches and relieve pain. They have antitussive, anesthetic, and stimulant properties, and are useful as a pain reliever or stimulant during surgery.

7-hydroxymitragynine, however, is the chemical that has the most opium-like effect. This substance is a mitragynine derivative. It is indeed very prone to misuse and abuse it. This is the molecule that the FDA, as well as the FDAs of other nations, is very wary of.

Certain chemical processing may extract 7-Hydroxymitragynine from Mitragynine. A lot of scientific research on kratom has proven this. However, the FDA has again and again chosen to ignore research whose findings do not align with their interest.

7-Hydroxymitragynine can be chemically modified or functionalized by the Hydroxy (IH) functional group at position 7 present in it. It is converted into an ester functional group so that it will be easier to excrete and will be less or no longer potent.

Thus, chemically and legally, the excretion is no longer 7-Hydroxymitragynine and its dangers no longer exist. This excretion can be useful for opium addiction treatment or other medication with very minimum kratom side effects.

3. If Kratom is Banned, It Would Waste Millions of Dollars and Decades for Replacement

If kratom is banned, although it has been proven to have medical benefits, pharmaceutical corporations will be pushed to conduct extensive research in order to develop a new replacement that is both strong and less addicting. Everything will get more expensive from here on out since they will require special DEA or other countries’ DEA clearance to conduct trials.

Experiments on a large number of mice would take at least a few million dollars and a couple of years. Then it’ll take a few more millions of dollars and years to begin phase 1 human trials to see if it’s safe. Then, after a few more years and millions of dollars of work, phase 2 will begin. It will consist of small-scale studies to establish if it is successful in diverse populations for various indications.

All of those phases would cost roughly 5-10 million dollars and take 7-8 years to complete if everything goes well without any, especially political, interruption. Then it will need to get approval to begin complete phase 3 clinical studies, which will cost more money and take longer. To satisfy the FDA, one pharmaceutical business alone would spend at least a decade and more than ten million dollars.

4. If Kratom is Banned, It Could Endanger Millions of Lives

Kratom rarely induces respiratory depression, in contrast to other opioid-receptor mediated drugs. While some users may have withdrawal symptoms as a result of using kratom, these symptoms are rarely life-threatening.

Furthermore, if kratom is banned based on sketchy evidence of harm, it will only affect people who are now benefiting from it. Instead of alleviating the overdose epidemic, it would increase it. Millions of people in the United States and other countries use kratom to relieve pain.

Even if it promotes dependence and addiction, banning kratom would force people to turn to a heavily contaminated illicit market for kratom or more potent pain relievers. Forcing those who have found relief from kratom to continue using it is cruel and unusual, and would very certainly result in substantial pain, suffering, and death.

Researchers in Wuhan have discovered that Chloroquine (Cq) can be useful to treat individuals with Covid-19. The Cq molecule’s content exists in kratom leaves.

6. A Need for More Objective Research, Free of Conflict of Interest

We all know that the FDA has blatantly mischaracterized kratom using unsubstantiated reports. As briefly stated above, it even went to the point of funding a study that, as a result, justifies their concern about kratom. The FDA has also presented inflated claims, debunked research, and skewed statistics which all are available to read here.

Professionally speaking, pharmaceuticals are unsafe until proven safe, and supplements are safe unless proven unsafe. However, the FDA has displayed a number of corrupt schemes and dirty attempts which raised suspicions of trade war; knowing that kratom originated from Southeast Asia.

Therefore, kratom should be thoroughly researched and controlled to ensure that kratom products are safe to use by adults. There is no reason why kratom is banned nor a need to restrict its uses for medical purposes. The FDA, as one of government authorities, should not be able to eliminate a legal product simply because there has been no research findings that favor their interest.

That pushes the needs for more research related to the impact and dangers of kratom. It is, however, expected not only from one pharmaceutical institution or one funded by the government. This is to ensure objectivity and avoids any potential conflicts of interest. Even if the outcomes are not in the FDA’s best interests, the FDA and other countries’ FD should acknowledge them.

If kratom is banned, it would be more difficult to perform studies to prove whether or not kratom is safe. Recent scientific research has indicated that kratom is “reasonably safe” and can help people who suffer from opioid addiction.

7. If Kratom is Banned, It Would Severe the Farmers’ and Nation’s Economy

Kratom has become a source of income for over 300,000 kratom farmers in West Borneo, Indonesia alone. Every month, they harvest around 100 tons of kratom leaves, in which the U.S. imports 30 tons of them. Hence, kratom valuation has risen to more over 32,5 million US dollars per year.

This valuation is a source of foreign exchange for the Indonesian economy. The Indonesian government will be too stupid to let so much money go away untaxed. If kratom is banned, either globally or domestically, farmers and the country would lose potentially large income. Furthermore, rubber and palm oil have long been less expensive to maintain the income of both farmers and the government.

That’s why, the Indonesian government has included kratom plants and leaves as legitimate medicinal raw materials in Decree of the Minister of Agriculture No. 104 of 2020 about Commodities Assisted by the Ministry of Agriculture.

Instead of suppressing kratom, the FDA and other nations’ FDAs could build consumer confidence by establishing universal kratom regulations. It shouldn’t allow stores and individuals to sell and distribute adulterated versions of kratom in its supply chain.

Labeling requirements should be in place so that users can keep track of how much kratom they’re taking. The regulation shouldn’t allow brands of kratom to make unsubstantiated health claims. It also shouldn’t permit minors under 18 to buy kratom without the presence of a parent or guardian. 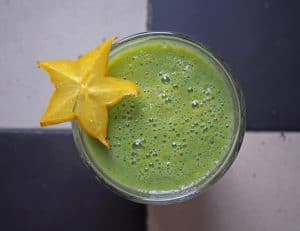 How to Potentiate Kratom with Kratom Potentiators

If you are a long-time kratom user, your body may begin developing kratom tolerance. To[Read More] 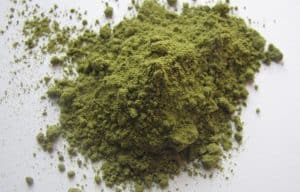 Join Kratom Drug Test by NIDA and Win the $170 Prize

Do you regularly consume kratom, either in the form of kratom powder, kratom capsules, or[Read More]