If you are new to kratom, you are probably concerned about its dependency, side effects, withdrawals, and kratom liver damage. This is understandable, especially if you have been reading FDA and pro-FDA dramatized articles about their so-called “dangerously lethal plant.”

So, in this article, we will expose the truth about kratom liver damage on long-term usage and its associated falsehoods from a free-of-interest, honest, and un-demonized perspective. We base our explanation on objective scientific research. This article also includes the links so that you can read them for yourself. You’d want to avoid yourself from any makeup stories or misleading statements.

We also steer clear of any research that appears to have influence from the FDA or other regulatory agencies. From this article you will learn:

What are Kratom Side Effects on Long Term Use?

Kratom is a medicinal herb from Southeast Asia. The native people there utilize kratom leaves as a folk remedy and opioid substitute there since the 19th century. Since its prominence in the Western world this decade, it has piqued the interest of many scholars.

Despite mountains of evidence that kratom is safe, several regulatory authorities, such as the FDA, feel it should be illegal. Truth be told, while kratom usage has been related to multiple deaths in the US, it has yet to be established conclusively that kratom was the single agent or primary cause.

According to a study, 80% of kratom-related fatalities were among people with a history of substance misuse. 90% of those who died had no evidence of supervised pain management. It means the majority of deaths were the consequence of a combination of pharmaceuticals rather than just kratom.

Another study looked at a sample of kratom users who had never abused drugs before. It discovered that frequent, long-term use had no effect on haematological, renal, hepatic, inflammatory, thyroid, or gastrointestinal analytes. Changes in biochemical and haematological profiles were not connected to long-term kratom use of more than 20 years.

Another objective research tested 70 habitual kratom users on their cognitive performance. The findings showed that in all neuropsychological areas, habitual kratom users did not appear to have impaired memory, motor, executive function, or attention when they consumed more than 3 glasses of kratom juice every day.

Why are There So Many Health Cases Concerning Kratom Use in the West?

Despite centuries of consumption in Southeast Asia, there have been no reports of kratom liver damage or other health issues. Unlike in the West, there have also been no instances of toxicity or death as a result of consuming kratom.

Individual clinical case reports from the West relating kratom use to side effects or fatalities frequently include patients who mixed kratom with illegal drugs. It will be unfortunate if these few concerns become justification for legal limits on kratom.

Meanwhile, other substances that influence mitragynine’s actions could be present in the pharmacological profile of mitragynine in the West. The constituents of kratom leaves can have a wide range of effects depending on the strain and supplier.

As a result, kratom liver damages, other illnesses, and deaths that are common in the West could be the result of a contaminant or a mistake in product identification, preparation, and ingestion.

Kratom users also do not engage in harmful drug injection activities, unlike heroin, opiates, or cannabis users. Thus, infectious diseases like HIV and Hepatitis C have a lower chance of affecting them. This suggests that, when used correctly, kratom does not cause liver damage, or other negative side effects.

Does Kratom Cause Liver Damage?

Speaking based on evidence, there have only been 8 kratom liver damage cases in 14 years, from 2004 to 2018. These cases MAY BE linked to adulterated products (in other words, not 100% pure kratom). In 2017, there were 3 occurrences of kratom liver damage, the only year with more than 1 case.

Users of kratom liver damage consumed it for roughly 14 days before indications of jaundice and liver disease developed, according to the US Drug Induced Liver Injury Network. However, the average dose was very high, at 14-21 grams of kratom per day. Several users reported a current or previous history of significant alcohol or narcotic use, implying that their livers were not in good shape before trying kratom.

Journal of Drug and Alcohol Dependence published the findings of this study. It suggests that patients with a history of opioid, benzodiazepine, or alcohol abuse should check with their doctor to see if their liver is healthy enough to take kratom before starting. Even if the doctor gives green light, they should start with the lowest dose possible.

So, if you are asking the question: “does kratom cause liver damage?”, the answer is NO. However, before starting kratom, consider your health background and conditions. For example, medications, heart and liver health, history of substance misuse, age, and whether you want to get pregnant.

How Hard is Kratom on the Liver?

Several studies looked into the effects of kratom on the liver. One particular study tested 200 people, with 100 of them being frequent kratom users. The other 100 were healthy people who had never used kratom. The goal of this study was to compare the fasting lipid profiles of habitual kratom users to healthy volunteers who did not use kratom.

The study discovered that the individuals’ liver values were within normal limits. It concludes that habitual kratom usage is not associated with raised serum lipids, especially when consumed on a more frequent basis. As a result, whereas opioids can modify the lipid profile of habitual users, kratom’s lipid-altering effects is negative.

Another research studied the case of a 70-year-old man with kratom liver damage. The old man had been prescribed amlodipine and oxycodone for his hypertension and osteoarthritis. He acknowledged using kratom twice a day for 4 days before going to the hospital for jaundice.

After three months, his abnormal liver tests improved, but his creatinine level remained slightly increased. According to the study, the liver damage in this case was most likely the result of an amlodipine–kratom interaction involving the enzyme cytochrome.

High doses of mitragynine or a methanolic kratom extract caused organ damage in rats. The damaged organs were kidneys and liver, as well as increased liver enzymes and hepatocellular damage. However, these dosages are higher than human acute and chronic doses.

Kratom is hard on the liver if, and only if, you consume it in very high doses every day in long-term use.

So, Is Kratom Bad for Your Liver?

Chronic kratom use for recreational purposes has been connected to rare occurrences of acute liver damage. There were cases where kratom is suspected to cause hepatotoxicity, although its effectiveness has yet to be established.

The cause of kratom liver damage is uncertain. It is frequently combined with other medicines, especially illegal narcotics. Hence the cause of liver damage in published cases isn’t always obvious.

Some kratom is contaminated or adulterated by compounds that may lead to liver damage and other health problems. This is due to restrictions on kratom access in some countries and states, and a lack of regulation to ensure the availability of 100% pure kratom.

Heavy kratom users utilize the drug to relieve pain and other symptoms that lead to the frequent and often decades-long use of acetaminophen and other medicines that are famous to cause liver damage.

Kratom is harmless and won’t damage your liver as long as you don’t have a history of liver disease, don’t overdose, and don’t mix it with other illegal substances or medications. Please consult your doctor before using kratom if you are taking any other drugs. Rest assured, no deaths have occurred as the result of single consumption of 100% pure kratom on proper dosage. 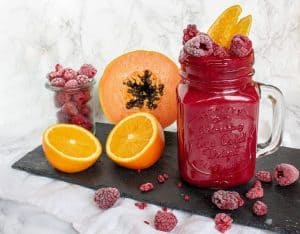 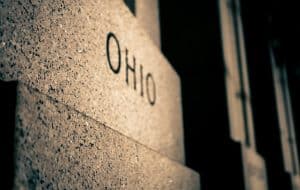 If you’ve never used kratom or have done so for a long time, you might[Read More]