4 Economic Values of Jungle Kratom from Its Ecological Perspective

The largest jungle kratom-producing region is West Borneo. It is an Indonesian province located on the island of Borneo, with Pontianak as its capital. Because of its geographical location, it is famous as the “Thousand Rivers” area, with hundreds of small and large rivers. Some of them may and are frequently navigable.

West Borneo’s population live in an agrarian civilization. Because practically everyone works in agriculture, the majority of the regions are rural, with people having few job opportunities. Only a small percentage of the population works in other industries, such as transportation, trade, or other services.

Agricultural products, especially plantation and jungle management, are extremely important in people’s lives. Jungles are a source of worry due to their ecological, economic, and social functions. The loss of the jungle will have an impact on the lives of those who live nearby.

The Indonesian government has worked to repair jungle damage in partnership with other countries, such as Germany through Forclime. Forclime aims to minimize greenhouse gas emissions by encouraging farmers to replant jungles using a variety of plant species.

In an endeavor to replant jungles in Kapuas Hulu, Forclime gave a choice of trees to plant. Technically, having Forclime as a farming buddy will be beneficial. The residents of Kapuas Hulu appear to have chosen jungle kratom as a cultivable plant.

They chose jungle kratom since it is a fast-growing plant (up to 2-3 meters in 1 year). It’s a plant that’s been around in Kapuas Hulu for a long time. It can survive in water and flourishes on damp soil, such as along the Kapuas River’s banks. Jungle kratom also has a large canopy and strong roots that act as a deterrent to erosion along the banks.

The well-being of the Kapuas Hulu community is improving. This condition is provable in the community’s ability to accomplish economic growth. Economic growth and the number of resource commodities have a positive association, but it has a negative relationship with the earth’s natural resource reserves.

Therefore, the relationship between jungle kratom cultivation and its ecological quality must be considered. From an ecological standpoint, jungle kratom has the following 4 economic values.

As a strategy to introduce the relevance of ecosystems’ existence, economic assessments and the potential of natural resources must be informative. People must continue to manage the ecosystem in order for it to be viable.

The idea of total economic value (TEV), which basically consists of two categories, namely the value on the basis of use value and the value contained or intrinsic value, can be utilized in the economic valuation of natural resources (non-use value).

A study of the economic worth of mangrove jungles is an example. Mangroves have a direct benefit value of US$ 1,702,605.73/year, according to the report. The highest contribution, equal to US$ 1,237,277.78/year, came from indirect value, such as an abrasion buffer or a water reservoir.

If planted on the banks of rivers, jungle kratom can provide benefits as well as abrasion resistance. The Ministry of Environment and Forestry’s efforts to plant jungle kratom serve as an abrasion barrier. Hence, jungle kratom has a monetary worth in terms of preventing abrasion.

The surviving jungle regions, particularly in Borneo, are critical components that everyone must preserve in order for life to continue. Jungles are able to deliver environmental benefits in the form of clean air, water sources, and biodiversity.

Increased carbon storage is a goal of extensive jungle kratom cultivation. The quantity of carbon obtained through reforestation is now tradable. Because the selling value of carbon is currently low, carbon trading as a pretext for community development around the jungle does not deliver ideal benefits.

The results of a study aimed at determining the economic value of the Sekaroh Protection Jungle area based on the economic value calculation show this. Increasing the value of carbon as a commodity is critical for people’s lives. Furthermore, increasing carbon storage helps determine the optimal carbon selling price.

For the goal of jungle conservation, the absorption of CO2 emissions as an ecological function that can store carbon can be examined economically. The value technique of developing plants capable of sequestering carbon is commonly effective to determine carbon pricing.

According to a quantitative analysis of the Afforestation/Reforestation (A/R) and Clean Development Mechanism (CDM) operations in Sekaroh from 2010 to 2013, the economic value was Rp.73,394,816.00 per hectare per year at a 5.75 percent interest rate.

The price of carbon is at US $23 per tonne based on economic potential. This figure is far higher than the current carbon price, which ranges between US$4.6 and US$10 per tonne of carbon. Higher carbon pricing will pique jungle communities’ interest in preserving carbon stores in carbon-owning jungles. If the cost of carbon-content plants is lower than the cost of other investments, communities can choose to invest in them.

Another advantage of growing jungle kratom is that it helps to replant jungle land in Borneo, which is quickly disappearing. Jungles are an essential agent for mitigating the negative consequences of climate change. Jungle vegetation can help to slow the rate of environmental degradation caused by rising anthropogenic greenhouse gas emissions.

Trees like jungle kratom are part of the jungle ecosystem, and their photosynthetic mechanism plays an essential function in absorbing carbon from the atmosphere.

In an ideal world, the community’s large land resources and abundant jungle potential might be manageable to generate high and equal economic advantages. The Kapuas Hulu community’s jungle kratom planting is an example of social forestry.

Social forestry has a long history in Indonesia, with a variety of social traits and potentials. Due to the argument about the policy of delivering economic advantages to local people in jungle management, putting this effort into action will be difficult. Another stumbling block is the lengthy legalizing procedure.

In Indonesia, there are few land- or jungle-based farming firms that are growing and becoming the backbone of the economy. Many farming methods are ineffective or fail; however, farming jungle kratom appears to yield distinct results. It is part of a social forestry project has proven to be effective in bringing economic benefits to the community.

Farmers must understand the economics of social forestry production in order to appropriately manage them and obtain scale economies. They must have strong business management abilities since farmer group business management has a number of flaws, including high participation fees and low profit margins.

Farmers are frequently at a disadvantage when it comes to trading agricultural products since they have a weaker position when it comes to setting prices. Communities must be informed about the structure of benefits from social forestry, which provides a source of income for those who live near the jungle. Hence, jungle kratom forestry can generate a large number of job prospects.

This circumstance is consistent with research findings that social forestry can generate employment and be a solution to difficulties in underprivileged communities’ entrepreneurial growth surrounding the jungle.

The community’s socio-economic situation in relation to jungle kratom is critical, particularly in West Borneo. This is because most people’s livelihoods are dependent on jungle kratom. However, because jungle kratom is often not consumed locally but sold internationally, its cultivation cannot be isolated from associated restrictions.

Regulations governing socioeconomic activity must be taken into account. The cultivation of jungle kratom for export involves rules in the sectors of agriculture, the environment, import-export trade, and customs. Thus it requires a synchronization of regulations.

Because it can survive in puddles, those who live in flood-prone areas can only rely on jungle kratom. Watersheds along river banks, particularly those that frequently overflow, provide a lot of soil and muck deposits that are ideal for planting jungle kratom.

Jungle kratom, in addition to having economic worth, can also be useful as a soil retainer to prevent abrasion. It is incredibly easy to cultivate and can grow swiftly without any care. This easy-to-grow plant is employed as part of a green initiative to minimize greenhouse gas emissions.

Thus, we can refer jungle kratom as “green economy.” This is because jungle kratom can boost people’s income while also lowering greenhouse gas emissions. The long-term benefits of jungle kratom, including the direct economic worth and intrinsic value, can be enjoyed.

The absorption of carbon in the atmosphere by organic plant vegetation in the process of photosynthesis helps to lessen the impact of climate change owing to the greenhouse effect. 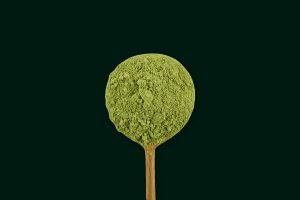 ANNOUNCEMENT! Borneohale has decided to update its strain variation. It’s not an easy decision, but[Read More]

How To Make Soap from Kratom

Kratom, also known as Mitragyna Speciosa, is a Southeast Asian botanical substance. It has a[Read More]