The Future of Indonesia Kratom Production May Be Full of Controversy

Kapuas Hulu is one of Borneo’s most wooded districts. It has recently experienced a surge in the manufacture of Indonesia kratom products. In Indonesia, kratom prices have tripled in the last few years. Its popularity has skyrocketed.

Because of the great demand, Indonesia kratom farmers earn a higher price from other commodities. Many farmers who previously scraped by gathering latex from rubber trees and palm oil have switched to kratom. According to Bloomberg, farmers are shipping hundreds of tons of kratom each month.

It’s always interesting to see how people make a living from their surroundings. It makes us aware of the critical links that exist between plants and the environment. It also includes information on ecosystem advantages and how we might use earth’s resources in ways that preserve the environment for future generations.

So, let’s take a closer look at this.

The History of Indonesia Kratom

The native people in Indonesia and Southeast Asia, have used the leaves of the Korth tree (Mitragyna speciosa), popularly known as kratom, as a stimulant, antidepressant, painkiller, opium substitute, and to treat a variety of diseases. In Indonesia people usually chew kratom, brew it into tea, but very rarely smoke it.

In Kapuas Hulu, Indonesia kratom is a pioneer plant that thrives in flooding areas and along riverbanks. Historically, it grows organically in the deep jungle but the locals frequently disregarded it. They sometimes used the wood to make furniture. Other times, they destroyed it like most other trees when swidden farmers removed their annual plot for dry rice farming.

Nonetheless, Indonesia kratom sales increased by 100 percent in 2020 compared to the previous year, especially during the Covid-19 pandemic. The leaves were everywhere. They were set out to dry on plastic sheets and woven mats on sweltering afternoons. The crisp warm leaves were crushed, and the coarse flakes were sieved through rattan baskets.

People of all ages gathered around mounds of new leaves in the evenings to remove the stalks and major veins. It is now the principal economic activity between this year’s rice harvest and the start of the next year’s cycle.

A Boom of Indonesia Kratom

During the Covid-19 pandemic, kratom usage is becoming more common in many regions of the world. People sold it as a traditional medicine in web shops and on social media. However, it brought serious concerns for healthcare experts. They fear its potential of abuse and misuse because it has stimulating and narcotic effects at different concentrations.

In Kapuas Hulu, Indonesia, only a few people risked investing in kratom production when traders initially arrived in the village. Abuse and poisoning cases have resulted in bans in various nations, including Malaysia. Farmers were concerned that Indonesia, or other major consumer countries like the United States, will impose their own laws shortly.

However, the Indonesia kratom price rose year after year, and the investments paid off. Dried flakes are IDR 25,000/kg or USD 1.50/kg, and dried leaves, IDR 5,000-7,000/kg or USD 0.50 cents/kg. Now, more and more investors have allocated funds for the “dollar leaves” investment.

Previously, they had tried handing away rubber plants and piglets in prior years, but with no permanent economic impact. Now, every day, traders transport Indonesia kratom in pick-up trucks to the district capital, where it undergoes a grinding process into the fine powder that buyers in the global North purchase online.

These new developments in Borneo’s hinterlands are part of a long-standing pattern of economic life. Wood, diamonds, gold, coal, rubber, palm oil, and now kratom have all been produced in the forest interior for worldwide markets. Kratom has been included into a variety of household livelihoods.

People were pulling down rubber groves and was planting kratom in their stead. Young men returning from multi-year stints as coolies in Malaysia or palm oil farms in Badau try their hand at the new commodity.

The basic security of raising one’s own rice and vegetables is what allows swidden farmers to respond to new market opportunities so swiftly and efficiently.

Indonesia kratom production also represents the highland agricultural livelihoods’ long-term uncertainty, a situation in which the future has no warranty. Continuous adaptability to the ebb and flow of economic prospects is not only a profitable but also a required strategy.

Households are vulnerable to exogenous changes in terms of economics, yet resilient in their ability to overcome them. Following the collapse of President Suharto, for example, there were a few years when logging provided a lot of work prospects, until new regimes of President SBY intervened to stop deforestation.

After that, the price of rubber was high for a while, until it wasn’t. Based on previous repeated experience, Indonesia kratom farmers therefore are not surprised if one day in the future the market for kratom is totally “shut”. They see it as a “short-term answer” for getting the money they need to get by in today’s world.

The corrupt Indonesian government has been infamous for destroying their own agricultural economy, although FDA has denied its involvement after its surreptitious visit to the country; a typical U.S. dirty scheme. Before the visit, the central government was always silent about Indonesia kratom.

While Indonesia kratom production follows earlier historical patterns, current historical moment also affects it and serves as a springboard for considering some of today’s most pressing issues.

For one thing, Indonesia’s far-reaching political decentralization since 1999 has made the village fund’s commitment to promoting and spreading the benefits of kratom possible. The Indonesian village law of 2014, in particular, offers village administrations responsibility over a sizable annual development budget, reducing their reliance on higher levels of government.

At first glance, the rapid increase of Indonesia kratom production appears to be a good demonstration of one of the rationales for decentralization; moving the government closer to the people makes it more responsive to their demands.

Farmers that grow Indonesia kratom believe that development projects place too much emphasis on teaching farming techniques. They state unequivocally that the government never taught them how to grow kratom.

They’re experimenting with it themselves, and there are a range of local techniques and theories for planting, pest management, pruning, harvesting, and processing at the moment. Educational workshops may be useful instruments for creating the photographs and attendance lists that development practitioners use as proof of progress.

However, kratom claims that market demand and access to production resources are the most important elements for successful farming. An acquaintance concluded that economics is more important than training.

The instance of Indonesia kratom provides an opportunity to reconsider standard development strategies. For example, holding handicraft workshops to help people start “alternative livelihoods”, like they have all previously been.

Farmers’ perspectives on development projects should be considered seriously; standardized training packages are useless if there is no market for the product.

Kratom also has an impact on how farmers appreciate forests. The dilemma of whether or not to allow huge enterprises to operate on village territory is a perennial one in these places. Direct gains from industrial expansion are promised, but at the loss of forests and gardens.

On most territories, the state claims legal jurisdiction over this issue, although (some) local communities have a say as well. When the government granted concessions to oil palm and logging corporations to work in this portion of Kapuas Hulu in the early 2000s, a coalition of villagers and indigenous rights advocates protested violently.

Although the businesses have taken a step back, their concessions remain valid. With presidential, legislative, and village head elections scheduled for 2024, several residents are concerned that a new leader would be persuaded to reintroduce these enterprises.

The fact that the leaves of a seemingly ordinary kratom tree might suddenly fetch exorbitant prices enhances the case for fighting businesses in this situation. It demonstrates that the forest is a treasure trove of undiscovered worth, and that land ownership has numerous advantages.

Kratom creates ethical concerns as well. Reports of kratom’s negative effects on some users might cause moral distress. However, most people get over this by claiming they don’t know what kratom is for.

When pressed, some respond that it is only toxic in big doses, that it is therefore the obligation of consumers to exercise caution in their use of the substance, and that they require the funds to pay for their children’s education. People aren’t completely indifferent about kratom’s moral position, but they also don’t really care.

Moral responsibilities to other farmers are more significant than user responsibilities. Before last year, people looking to start their own kratom gardens occasionally stole kratom trees. This was frowned upon, yet it was permitted. No cases had ever been presented to the traditional leader, who is in charge of resolving internal conflicts.

One of the victims said that he knew who did the stealing, but he did not deal with it because he could easily replace the stolen trees. There is a feeling among the locals that they have a right to partake in the profits of Indonesia kratom manufacturing.

The notion of using communal finances to allow all homes with the means to establish their own kratom gardens was apparently the result of inspiration from this sharing ideal.

Nonetheless, when it comes to kratom, ethical standards appear to be important. Given that ethical views are a key component of what motivates environment protection in the first place. A better understanding of when and how ethics become relevant in Indonesia kratom production settings would be beneficial.

The ethics of environment protection aren’t black and white for Indonesia kratom farmers as a beginning step. Oil palm, logging, and mining are not categorically prohibited in Kapuas Hulu.

Indonesia kratom cultivation could also be a passing fad – the market might not last. Yet, at this time, it is a key component of village life.

For one thing, kratom indicates some big economic trends. It demonstrates how the isolated location of Kapuas Hulu dynamically connects to other locations through trade. It is subject to political and economic changes originating from typical-U.S. foreign intervention, but adaptable to change.

People were curious about the potential future of government rules, the price of Indonesia kratom at various levels in the value chain, and what customers actually use kratom for.

If effective support for sustainable livelihoods benefits an entire community, it will not just “keep people out of the forest” or eliminate the “need” to extract forest products. However, it will serve as further evidence of nature’s worth, making it more rational for people to continue to defend it. 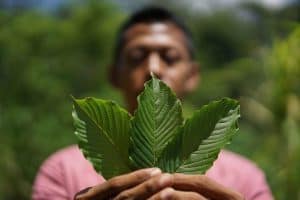 What is Hulu Kratom? Hulu kratom is basically any kratom originating from Kapuas Hulu Regency[Read More] 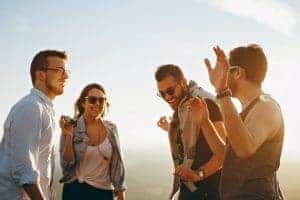