Green Malay Kratom: One of the Highest Alkaloid Profiles

Green Malay kratom is grown on the deep jungle of Borneo Island, crossing the border of Malaysia and Indonesia. It has an incredible ability to live in harsh situations and has a high level of durability. The leaves are harvested in the middle of their lifecycle which makes them the greatest alkaloid concentrations of all the kratom strains.

This article then discusses Green Malay kratom and its effects in depth.

What Exactly is Green Malay Kratom?

Due to its ability to thrive in harsh circumstances and the longevity of its leaves, Green Malay kratom is one of the most popular strains. It naturally grows in tropical rainforests like the one in Borneo island.

While kratom can be found all around Southeast Asia, some strains are only found in Indonesia or Malaysia. Green Malay kratom is a green-veined strain that is cultivated and harvested precisely across the two countries, passing through the border in Borneo island.

The island has a wonderful growth habitat for kratom and other plants, and it has been designated as a biosphere reserve and the world’s lungs by UNESCO.

Green Malay kratom is distinguished from other strains by two significant characteristics.

The leaves of Green Malay kratom are often bigger and rounder than those of other strains. Thus, Green Malay kratom leaves are more beneficial due to their higher active alkaloid concentration and larger surface area to volume ratio. This expanded selection is necessary in order to provide consumers with good value.

Green Malay kratom vein, on the other hand, has a darker green tone than other strains. The veins that run down the leaves sometimes have a little crimson tone to them. All of this occurs as a result of their maturation at the time of harvest.

Alkaloid balances naturally vary as the plant ages. Younger plants contain more mitragynine, while older leaves contain more 7-hydroxymitragynine. The color differences are also due to the shift in alkaloid levels. When the leaves are young, the veins are white, then green, and eventually scarlet when they reach full maturity.

Farmers harvest the leaves once the veins of the Green Malay kratom change color from green to nearly crimson. As a result, the leaves have the highest concentration of mitragynine and 7-hydroxymitragynine.

Farmers will first remove the stems from the leaves before harvesting them. The leaves are then dried for one day indoors. This procedure ensures that you get 100 percent Green Malay kratom.

Kratom enthusiasts praise this strain’s ability to last a long period, both in storage and in the finished product. Hence, Green Malay kratom is one of the most cost-effective strains available.

5 Green Malay Effects that Make It a User’s Favorite

Green Malay has a number of different effects. It’s a kratom strain that consistently delivers positive benefits. Doctors frequently recommend that it be used on a regular basis to help with medication. There are a variety of other benefits to consuming Green Malay kratom, which is why so many people enjoy it.

1. Balance of Energy and Relaxation

Green Malay kratom offers unique qualities that might help us feel more energized and relaxed. It is really beneficial when we are unable to control our minds and mental states. For example, when we are depressed and lethargic, or when we get restless and unable to cope with the situation.

If you’re dealing with such issues, the Green Malay kratom will help you get rid of negative energy, freshen your mood, relax, and boost your general energy. This strain is ideal for folks who want to feel energized while still getting pain relief. You get a balanced amount of energy and relaxation that isn’t sedating.

Green Malay kratom is less overpowering than other strains and does not cause sleepiness, making it an excellent choice for before work or an exercise.

Unlike other kratom strains, Green Malay produces its effects gradually rather than all at once. From our experience, we feel the increase of energy after the first hour of use, followed by increased alertness and attention. We have a general sense of serenity and a clear head, allowing us to handle daily stresses head on.

During this time of calmness and anxiety release, pain relief also kicks in. Green Malay also adjusts to a variety of health situations and becomes adaptable to their effects. Furthermore, the effects last for several hours.

Green Malay kratom is useful for people who want to improve their concentration and focus. It’s ideal for students and professionals on the go. Greater attention and concentration go hand in hand with increased energy, which is ideal if you have a lot of work to complete.

You’ll notice that your attention sharpens after just a few minutes of consuming Green Malay kratom. It sharpens your mind naturally, allowing you to enjoy a productive day. A clear, creative, and inspired mind comes with improved concentration. Green Malay kratom users all over the world adore how it eliminates distractions and lets them focus on the task at hand.

Now, Green Malay kratom can help you relax your body and mind while also making you feel more confident. You’ll be less worried about how you appear to others and more capable of being present with multiple people.

Green Malay’s euphoric effects are similar to those of alcohol, but without the negative side effects. It will make your social interactions simple and enjoyable. Many people utilize the strain to treat anxiety, sadness, sleeplessness, and other mental health issues because of this.

In today’s world, students or professionals often utilize medicines to improve brain performance in order to achieve better levels of output. These medicines, while they work wonders and have a significant impact on a person’s brain performance, have a number of drawbacks that consumers are unaware of.

Chemicals and secondary methods are used to create brain medicines. As a result, they can be extremely dangerous to consumers because they do not support the human body’s normal processes. Rather, they put too much strain on it.

The majority of brain enhancement medicines cause unpleasant side effects that are difficult to address. For example, the consumer’s inability to sleep and disturbances in the gastrointestinal region, including the stomach and intestines.

What brain medicines actually do is enhance the consumption of sugar and proteins by the brain, pushing it way beyond the safe boundaries. Green Malay kratom, on the other hand, just enhances the flow of blood in the brain, making it feel more relaxed and therefore directing the brain’s attention to the work at hand.

This improves the brain’s attentiveness and performance, allowing the user to carry out a variety of tasks quicker and more efficiently.

Measuring Green Malay Kratom Dosage: How Much is Too Much?

Choosing a dosage is one of the most important aspects of incorporating kratom into your wellness routine. Because Green Malay kratom contains so many active alkaloid components, it’s important to start modestly and monitor your physical reactions to determine the right dosage for you to enjoy or improve your overall health.

Green Malay kratom is unique in that it acts gradually, with benefits appearing in as little as 3-5 hours. As a result, you shouldn’t be concerned if you aren’t experiencing any symptoms just now. Furthermore, once the effects become apparent, they typically stay longer than any other kratom variety.

There is also a difference in outcome depending on the dosage size. Green Malay kratom instills a sense of relaxation at lesser doses, while at higher doses, it improves cognition and focus. After some little modifications, you can find the ideal dosage based on the benefits you want from your Green Malay kratom.

The recommended dosage per Green Malay kratom intake for novices is 1.5 grams. It is suggested that they observe how their bodies react to such a dosage and then decide whether or not to lower or increase their dosage from there. They can also choose to increase their dosage by 0.5 grams every day, depending on their tolerance and subsequent results.

Some folks, on the other hand, who have more expertise with different strains, may prefer a higher dose. You’ll be more likely to experience analgesic and sedative effects if you switch to a much larger dose of Green Malay kratom. Your dose should be around 4-5 grams in order to reap these benefits.

You should ingest 1.5-2.5 grams of Green Malay kratom every 6-7 hours to limit the relaxing effects and focus more on the energy increase. This allows you to maintain a constant level of energy without any limiting or calming effects that could make it difficult to perform strenuous tasks or do anything that demands a consistent quantity of energy.

Tolerance can also be acquired. When your body becomes acclimated to Green Malay kratom, it may no longer produce the intended benefits. You can raise your dosage on your next intake if this happens, but remember to stay within the prescribed quantity.

Physicians also urge kratom users not to take the drug right before going to bed or in the evening, as the effects will last for several hours. However, the greatest time to take Green Malay is during the day, when the herb’s advantages can be fully realized. Any later than that, and the use of kratom could backfire on the user.

At Borneohale, we take great delight in delivering our customers with fresh kratom straight from the source. We hire kratom farmers to cultivate, grow, and harvest the herbal plant from our own plantation in the deep jungle of Borneo island, Indonesia.

Our kratom products are:

When you shop at Borneohale, your satisfaction is our top priority. So, find yourself a well curated variety of the highest quality kratom variants, including Green Malay Kratom. If you have any questions, feel free to ask our sales representatives.

Green Malay kratom is one of the most effective kratom strains available. There’s a reason it’s so popular among kratom enthusiasts. Green Malay kratom can be used to relieve pain or increase physical activity. It’s also a great substitute for an energy drink or coffee because it doesn’t give you the jitters that caffeine does.

Green Malay kratom is perfect for newbies who want to get a feel for the plant, as well as experienced kratom users who want to sample everything the plant has to offer. It’s one of the most effective kratom strains on the market. It is a highly adaptable strain with a lot of alkaloids, and offers a variety of health benefits. 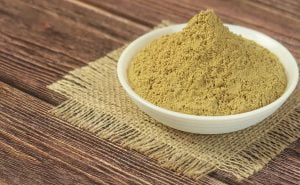 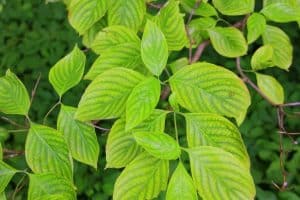