White Maeng Da Kratom: The Most Enjoyable and Stimulating Strain

The world of kratom is fascinating, and White Maeng Da is one of the most well-known strains. Although kratom is frequently cloaked in mystery due to the numerous strains, Borneohale is about to lift the veil and show you what White Maeng Da kratom is, where it originates from, how it affects the body, and why so many people enjoy it.

What is White Maeng Da Kratom?

Many kratom strains are usually named after the nation from where they came. However, Maeng Da is named after a water beetle known as the Lethocerus Indicus, rather than a country or person. Because the climate allows for good plant growth, the plant is farmed and harvested in hot and humid climate zones like Maluku and Borneo.

The plant’s genetics were altered to produce more alkaloids than in its natural state. Thus, as soon as White Maeng Da kratom is ingested or digested, it gives benefits. It has strong energy levels and acts as a natural pain reliever with few side effects.

The features of this strain are pretty unusual. It offers more than simply pain alleviation and excitement. It has the capacity to boost mental and physical alertness without generating sweating, palpitations, or tremors.

White Maeng Da kratom has also become well-known and popular because of its potent and long-lasting effects compared to other strains. You can be sure that you’ll be feeling it for hours after you’ve consumed it.

Here are some of the most significant benefits of White Maeng Da kratom.

Because many of us work occupations that demand us to perform at a high level for lengthy periods of time, the usage of smart medications is on the rise. This is not something that most people can do on a daily basis. However, several of these medications produce anxiety, heart arrhythmia, and restlessness as adverse effects.

White Maeng Da kratom, on the other hand, is a natural remedy that, when used correctly, has no negative side effects. It gives consumers a sense of well-being, stimulates them, and relieves stress, all of which contribute to improving cognitive capacities.

This strain’s alkaloids are responsible for binding to receptors and improving mental clarity and attention. They’ll keep you going even when the going gets tough, difficult, or mentally demanding. When you take it in lesser amounts, you’ll notice the best results.

Those who labor in stressful environments appreciate this effect. Although White Maeng Da kratom is biologically and chemically not a nootropic, they admire its nootropic effects and qualities.

White Maeng Da can suppress your appetite. This effect is particularly useful when attempting to diet, lose weight, and Binge Eating Disorder (BED). The impact lasts roughly 2-5 hours and can be advantageous for you. We advise you to consume White Maeng Da kratom via the toss and wash method for appetite reduction, but any method will suffice.

Because of its nice aroma and features, white Maeng Da kratom works as a stress reliever. It induces a relaxed mind and body, that helps relieve anxiety.

When white Maeng Da kratom interacts with opioid receptors, it causes a rise in the production of happy hormones, resulting in this condition. Calmness and relaxation are the result of these neurotransmitters. Some would term this a “high,” but it’s not the same as the high produced by other forms of cannabis or THC.

This strain has extremely few side effects and does not cause drunkenness. It is easy to arouse and boosts the ability to perceive emotions and pleasant feelings. It does not cause dependency when taken in a controlled amount and dosage, and it is a natural herbal solution to manage your anxiety. One of the most essential effects for people suffering from sadness and anxiety is this.

White Maeng Da kratom is well-known for its pain-relieving properties. It comes from the strain’s interaction with serotonin, dopamine, and opiate receptors. As a result, the body produces large amounts of beneficial hormones, which numb the pain by acting on specific pain points.

It provides pain relief and can alleviate discomfort caused by a variety of conditions. Chronic pain, osteoarthritis, and rheumatoid arthritis are all examples of this. The analgesia provided by this White Maeng Da kratom is strong and lasts a long time. Hence White Maeng Da kratom is unquestionably one of the greatest for getting the most bang for your buck.

You may have wondered whether White Borneo vs Maeng Da is the best option. This is debatable. The two strains have white veins coming from young leaves, hence the name.

White Borneo strain has an earthy aroma that will appeal to those who enjoy earthy flavors and aromas. Users enjoy how it smells like freshly cut grass. Maeng Da strain, on the other hand, has a distinct alkaloid profile that distinguishes it from other strains.

Maeng Da is notable for its peculiar aroma, which is similar to that of coffee. Many people who use it enjoy the coffee fragrance and find it relaxing.

White Borneo vs Maeng Da has the same euphoric and invigorating effects as the other white strains. The former is energetic and uplifting. It can greatly improve mood and energy when used in small to moderate amounts. It has a 3-and-a-half-hour effect on average use.

Users of Maeng Da can attest to this strain’s resemblance to white Borneo’s effects. They complimented it for its mood-boosting and energizing qualities, as well as its four-hour enduring effect when used moderately.

You may have also wondered whether White Maeng Da vs White Thai is the better option.

White Thai has similar effects to White Maeng Da, however it is less potent. Their energizing, euphoric, and uplifting effects are the most noteworthy commonalities. Both White Thai vs White Maeng Da, when taken in tiny doses, can boost one’s mood and energy levels.

There are, however, some distinctions between White Thai vs White Maeng Da. The latter is more potent than White Thai, and most users feel it to be more stimulating and have a higher euphoric sensation. White Maeng Da’s effects also last longer.

If you have a sensitive stomach, you should know that White Maeng Da causes a little more discomfort than other strains. White Thai, on the other hand, appears to be more balanced and less stimulating than White Maeng Da, with the potential to create more soothing effects.

White Thai is not far behind White Maeng Da in terms of energy boost. The former is also mildly mood uplifting, although it’s only useful for treating mild anxiety or tension.

Invest in both White Maeng Da vs White Thai if you can’t pick. You’ll be less prone to develop stagnant strain if you alternate between the two. You can cycle every day, every week, or even every month.

What is the Best Dosage of White Maeng Da Kratom for a Beginner?

White Maeng Da kratom does not have a standard dosage, but it should be tailored to your body type, physique, food consumption, and other medications. To avoid reliance and tolerance, we recommend you to take it twice or three times each week rather than daily.

If you are a seasoned user or a novice who is throwing caution to the wind and trying White Maeng Da kratom for the first time, you should certainly begin with a dose of 1 to 2 grams. If you’re not experiencing any side effects after a few weeks of taking this strain, you can gradually increase your dosage.

Consider increasing your dosage to anywhere between 2 and 3 grams as you become more acclimated to White Maeng Da kratom. For folks who have been using it for a long time, this should be a decent halfway ground, allowing them to obtain desirable effects without going too far. At 3-5 grams, most people report they can feel the effects.

You should never exceed the 5 gram limit with this strain, since doing so may cause side effects. Of course, everyone is different, so you’ll have to experiment with different dosages to determine what works best for you.

This dose usually lasts 5 to 7 hours, however it can sometimes last up to 10-12 hours. If you take it right after eating, the effects may take up to an hour to manifest. The effects will be apparent within 15-30 minutes if taken on an empty stomach.

People who are overweight should drink an additional 0.5 gram for every 10 kg above their desired body weight. It is preferable not to exceed 10 grams, regardless of how heavy a user is. This is an extremely high dose that may cause health concerns.

Is Every White Maeng Da Kratom the Same?

White Maeng Da kratom is best grown near the banks of a river, such as the Kapuas river, and in tropical soils, hence Borneo Island in Indonesia is technically the only best site to farm it.

From planting to harvesting to drying, Borneohale’s plantation farmers employ generations-old techniques. Furthermore, we adhere to Good Manufacturing Practices (GMP) and test our products in third-party labs on a regular basis to acquire objective results and verify that they are free of contaminants such as microbiological.

Other White Maeng Da kratom producers may not adhere to the same high requirements, putting the product’s quality in jeopardy. So, don’t be swayed by lower prices. Always insist on the highest quality and safety standards.

If it happens that you live in the United States or Europe and don’t want to buy in bulk and pay extra shipping charges, ask your suppliers if they are affiliated with Borneohale.

Wrapping Up: Is White Maeng Da Kratom Good for Me?

White Maeng Da kratom is one of the most energetic and stimulating strains. It’s a powerful strain that provides stimulation, euphoria, and an increase in natural vitality.

For hours on end, this strain will keep you focused, awake, driven, and confident. If you want this in your everyday dose, White Maeng Da kratom is the strain for you.

But keep in mind that the best way to get the most out of this strain is to buy it from a reputable source like Borneohale. White Maeng Da kratom has no side effects if it is manufactured from pure leaves and has no adulterants or contaminants. 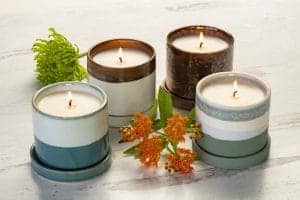 How to Make Kratom Aromatherapy Candles

You can get a lot of benefits from merely lighting an aromatherapy candle. To take[Read More] 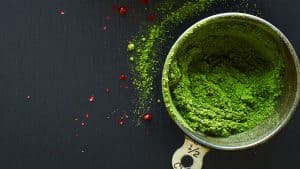 Kratom Benefits That Will Boost Your Immune System

You may have heard that Kratom benefits can help with chronic pain, as well as[Read More]