Chief of the Presidential Staff, Moeldoko welcomed delegations from the American Kratom Association and high-ranking officials at Bina Graha, August 8 2022. They had a meeting in Jakarta to talk about the significance of preserving an ongoing flow of pure, unadulterated kratom from Indonesia to the US.

Mr. Moeldoko acknowledged that kratom is a major export commodity. It helps over 200,000 farmers in some of Indonesia’s most destitute regions. Mr. Moeldoko also pledged to bring kratom policy into line with the new and growing evidence demonstrating its safety profile.

The American-Indonesian Chamber of Commerce, the American Kratom Association (AKA), and the Anugerah Bumi Hijau Producers Cooperative started working together to grow kratom’s export market.

Kratom, according to Mr. Moeldoko, can boost economic expansion. It is entirely feasible to turn kratom into an exportable good. In accordance with Ministerial Regulation No. 18 of 2021, kratom is legal for export.

West Borneo residents have been growing kratom primarily in Indonesia since 2010. 11,384 hectares are currently being used to grow kratom in West Borneo. This vast area includes 282 villages and 23 subdistricts. Up to 200,000 families in the province of West Borneo are heavily reliant on the kratom trade.

However, there are still no rules governing the trade and operation of the kratom industry in Indonesia. However, kratom is a rather significant export good with the potential to boost the nation’s economy. Due to the National Narcotics Agency’s (BNN) classification of kratom as addictive substance, there are still discrepancies in its classification.

According to Moeldoko, there is still discussion about kratom’s regulatory status in Indonesia. In relation to the kratom debate, he also hosted a combined meeting of the local government, BNN, and BPOM. Future legislation will be required to make sure that kratom is a carefully regulated commodity.

The AKA delegation and Moeldoko also decided to do collaborative study. Along with experts from the US and Indonesia, universities in West Borneo will participate in the study.

According to Moeldoko, cooperative research about kratom between US and Indonesian academic institutions is necessary. The reason is that Johns Hopkins University and other US institutions have long been engaged in kratom research. Indonesia, meantime, has the goods. Hopefully, the world will gain knowledge from this research partnership.

As an alternative to opium, medications derived from the kratom plant have grown in popularity in the US. However, it frequently carries heavy metals, E. coli, and Salmonella contaminants.

The AKA hoped this meeting resulted in a shared knowledge of kratom. They also hoped that laws would be put in place to ensure the security of any kratom exported to the US.

The AKA will continue to collaborate with the Indonesian government to find solutions relating to the quality and purity for kratom. In the coming week, Utah State Senator Curt Bramble, Rhode Island Speaker Pro Tempore Brian Patrick Kennedy, Jack Henningfield, PhD, and Mac Haddow, Senior Fellow on Public Policy will hold discussions with other Indonesian leaders.

Years of planning and preparation led to the meeting with the president of Indonesia’s chief of staff. It is a significant step forward knowing Mr. Moeldoko’s solid commitment to instructing several Ministries to address current concerns regarding kratom with scientific basis.

Mac Haddow, Senior Fellow on Public Policy for the AKA, expressed the appreciation of the millions of kratom consumers in America for the commitment of the Indonesian government to follow the science on its policy on kratom. He also appreciated the commitment of the AKA to support fair trade practices. Hence the poor Indonesian farmers would not be exploited by unfair trade practices.

The AKA Delegation will travel to Pontianak to meet with local government officials and visit kratom farmers in that region.

Mr. Moeldoko and the West Borneo Provincial Government met in Jakarta for a coordination meeting. The meeting discussed the opportunities and difficulties of developing kratom.

Other than the leaves, Florentinus said that the tree is also a good choice for making homes, interiors, and furniture. The peak of the kratom wood trade, often known as Kalimantan teak, happened in 1990–2010. The leaves can cure wounds, fever, chronic pain, diarrhea, stomachache, rheumatic, weariness, high blood pressure, and other conditions.

He clarified that Indonesia might start producing and exporting kratom, which would generate foreign cash. Since the beginning of kratom cultivation in West Borneo in 2010, residents have been able to enhance their economy and the economies of rural communities with little development, as well as reduce poverty.

The West Borneo regional government has not yet released a law governing kratom. Researchers from Tanjungpura University in Pontianak and the West Borneo Provincial Research and Development Agency are still studying kratom leaves to determine their potential as raw materials for pharmaceuticals. 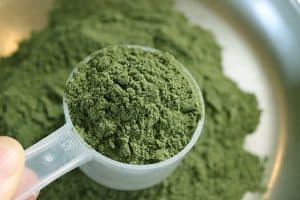 The kratom tree comes in a variety of strains, each with slightly different effects as[Read More] 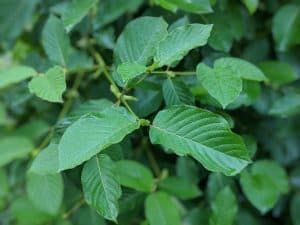