When a new form of synthetic product emerges throughout its development and is referred to as New Psychoactive Substances (NPS), the difficulty of combating drugs grows. There is now much discussion on whether or not kratom should be classified as a class 1 drug or NPS.

There are 76 different varieties of NPS that scientists have identified thus far. One of which is Kratom, also famous by its scientific name Mitragyna Speciosa. Kratom is a traditional medicinal herb which can cure coughs, diarrhea, diabetes, pain alleviation, and inflammation.

Historically, the US once was considering to schedule kratom as class 1 drug. However, it was put on hold although the debate on kratom drug classification still continues year after year. The DEA, FDA, and federal government have their own reasons on classification of kratom.

So, what is kratom classified as? Classifying kratom, especially as class 1 drug, is not an easy matter. First of all, they need to consider many things. Is kratom a narcotic? Is kratom an opioid? How is kratom made? What are active ingredients in kratom? Even the answers to all these questions are debatable.

What is Kratom and Why Should It Belong to Class 1 Drug?

Kratom widely grows in Southeast Asian countries including Thailand, Malaysia, the Philippines, Cambodia, Vietnam, Papua New Guinea, and Indonesia. The natives of Southeast Asia have long consumed the mitragyna speciosa leaf. You can eat it raw, brew like tea, process into a powder, capsule, or liquid.

Kratom resembles a poon plant morphologically, with straight stems, brownish gray bark, and reddish-purple features. It can grow well in regions with alluvial soils near rivers that are rich in organic materials. Despite not being an aquatic plant, kratom can live in swamp areas. One of the identifying characteristics is the color of the veins and bones. They can be either green or reddish brown.

Kapuas Hulu Region of West Borneo Province, Indonesia is home to several varieties of kratom. All of them have the alkaloids mitragynine and 7-hydroxymitragynine. Kratom trees older than 4 years produce leaves that are more effective and hence sell for greater money.

Why Should Kratom Belong to Class 1 Drug?

On the other hand, kratom side effects are also highly noticeable. In fact, they are 13 times more potent than morphine due to its hazardous health-harming components. It can lead to addiction, respiratory depression, or even worse, death. In 2013 World Drug Report, the UNODC categorized kratom as NPS. Hence kratom has similar classification to khat.

Narcotic drugs have the potential to cause users to experience serious side effects. Some of them are addiction, hallucinations, and loss of consciousness. Therefore, in order to create fair legal certainty, every nation, including the US and Indonesia, has enacted its own version of the Drugs Law. It can also function to protect the public from drug abuse, and put a stop to illicit drugs trafficking.

The Narcotics Law in Several Countries

Kratom is classified as a narcotic in a number of European and Southeast Asian nations. In accordance with Article 305(5) of the Poisons Act 1952, the Malaysian government has made kratom illegal since 2003. A person who is guilty of selling and/or having kratom faces a fine of up to RM 10,000, a 4-year sentence, or both.

Additionally, the UK has a different kratom drug class than kratom classification in the USA. In the UK and most European countries, kratom is not even a controlled substance. They completely ban it.

Indonesia, meantime, has not specifically controlled kratom. The use of kratom in traditional medicines and dietary supplements is illegal, according to a circular letter from the Food and Drug Supervisory Agency (BPOM) to the head of the POM with the number HK.04.42.421.09.16.1740 from the year 2016.

So, if herbal medicines containing kratom leaves cannot be registered with BPOM, this is not in line with the Indonesian Ministry of Health which states that kratom has high efficacy as a drug and high foreign demand. The United States is the main consumer of kratom as an herbal medicine. That’s why, kratom can raise Indonesia’s economic as one of the export commodities.

Due to the consequences of disobeying, the need for legislation over this kratom plant has generated a heated debate.

Criminalization is the act of designating a person’s behavior as criminal. The culmination of this procedure is the creation of a legislation that threatens the act with a criminal penalty. Additionally, a value perspective on criminalization is another way to look at it.

The process is completed with the creation of a law that makes the act punishable by harsh punishments. The numerous standards and concepts that apply to criminalizing kratom must therefore be carefully considered in criminal law policy.

In this context, criminalization means a shift in value that leads to a number of previously permissible behaviors—behaviors that are not legally prosecutable—becoming activities that demand punishment.

Do We Need to Criminalize Kratom as Class 1 Drug

The fundamental idea is the same, notwithstanding variances in the definition and application of criminality. Criminalization is a state policy that transforms an action that was previously not illegal or banned into something that is punishable by the law or is criminal in nature.

The act must be perceived as bad and harmful to the community in order for it to be justified as a crime. This is what we call a destructive or immoral crime. The accomplishment of the state’s objectives of social justice and protection for the populace is the focus of criminal legislation that operates within a nation’s social structure. As a result, the purpose of criminal law is to shield the populace from actions that put their safety or the community at risk.

1. It Creates Chaos Rather Than Order

Criminalization functions to establish order and stop chaos. Kratom, on the other hand, has a lengthy history and is a common traditional medicine in the area. Nothing awful has occurred thus far. In contrast to other class 1 drugs, there is no evidence that kratom use or withdrawal leads to murder, theft, rape, violence, or other criminal activity.

Kratom criminalization may instead result in numerous losses and victims. Nobody has yet been reported to have died from pure kratom, according to data or reports. Kratom, on the other hand, has a lot of benefits for the economy, the environment, and your health. If kratom is illegal, those who have profited from its use of medicine will no longer be able to do so. It might even result in a number of fatalities.

2. It Results in Unnecessary Legal Expenses

The government must, of course, be ready to set up new plants and jobs in the event that kratom is illegal. This is undoubtedly something to take into account, especially if a country has severe shortage of rehabilitation services and overcrowded prisons that may be full of drug offenders.

Additionally, it’s important to pay attention to the criminal law’s fundamental principles as a last resort (ultimum remedium) to ensure that those who misuse kratom are punished severely. All of these are not just in proportion to the expenses the government would have to bear.

The police, prosecutors, judges, and attorneys—the four primary players in law enforcement organizations—must be ready to deal with the illegality of kratom. Naturally, this puts pressure on them because there are not as many law enforcement officers with active cases.

One officer in Indonesia, for instance, is conducting 750 investigations on average. This percentage will undoubtedly increase if kratom is classified as a class 1 drug, and the reporter, victim, and suspect or defendant will undoubtedly suffer as a result of subpar law enforcement efforts.

As police officers’ workloads increase, processing kratom crimes will take longer. Consequently, the defendant’s or suspect’s right to a trial is immediately in jeopardy. Therefore, it is preferable to concentrate on other legal concerns that are more crucial, harmful, and still to be settled or even tried.

Conclusion: Is It Really Urgent to Classify Kratom as Class 1 Drug?

There is no need to rush in scheduling kratom as class 1 drug. The government needs to think of every account before deciding what is kratom classified as. Discussing kratom classification with countries that have different kratom drug class, such as the UK, US, Malaysia, Thailand, and Indonesia may prove to be beneficial.

Classifying kratom as class 1 drug is inessential, and yet the legal consequences are even more inessential. The reason is because kratom side effects have yet resulted in criminal activities like other class 1 drugs have. Additionally, the potential of abuse that the government worries so much has never happened. The claims of deaths of injuries due to kratom use also have all been proven to be flawed. 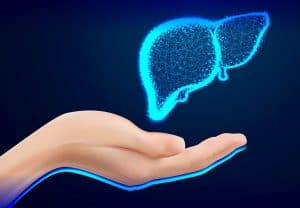 If you are new to kratom, you are probably concerned about its dependency, side effects,[Read More] 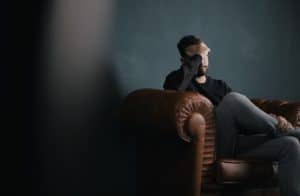 How to Cope with Anxiety During a Hard Time

Are you lost on how to cope with your anxiety during a hard time? Please[Read More]