Despite the fact that kratom is legal in Texas, a number of bills have been presented to control its usage and distribution there. There are currently no plans to outright outlaw kratom in Texas. In reality, the proposed Texas law aims to safeguard kratom users by increasing openness and requiring kratom suppliers to meet higher standards of quality and safety. As a result, this leads to Texas Kratom Consumer Protection Act.

If you are looking for information about Kratom Consumer Protection Act Arizona, or Oregon, this article will act as a base knowledge. But we can discuss about them later with more details.

This may be different from other states, such as Kratom Consumer Protection Act Missouri or Colorado and Nevada. It does, however, more than that. HB-1097 demonstrates how public opinion about the kratom industry is shifting. Hence Texas has served as a model for the nation’s other states and the federal government alike. Kratom will not go away. Legislation like HB 1097 demonstrates this point.

However, there are still certain issues with the Texas Kratom Consumer Protection Act that require clarification. What will it mean for purchasing kratom in Texas? What does it imply for Borneohale and other kratom sellers? Does it have an impact on how you buy kratom outside of Texas? Is delta-8 legal in Texas because of it?

Let’s examine the Texas Kratom Consumer Protection Act and see what impact it will have on the overall U.S. kratom sector. Let’s examine HB-1097 in detail.

This definition of “kratom” refers to “any portion of the leaf of the plant Mitragyna speciosa.” Indeed, kratom comes from a plant called Mitragyna speciosa, as devoted users would attest. That includes kratom tea and kratom pills, but not kratom seeds. The raw material for the kratom products you use, kratom powder, is also made from the dried and powdered leaves of kratom trees.

People normally use kratom powder in its natural state because they know what does kratom do. They also know how to manufacture kratom pills; such as by adding the powder to vegetable capsules. A “kratom processor” is a person or organization who:

Borneohale fits this description as a kratom processor, albeit not from Texas. For the purpose of selling, we produce, curate, distribute, and care for kratom items.

According to the new bill, “kratom goods” are any food that contains any type of kratom, including extracts, capsules, or kratom pills. Kratom is a stigmatized substance, as many new users are questioning: is kratom addictive? Thus processors frequently face restrictions on advertising.

Therefore, to escape inspection, some producers label their kratom goods “not for human use.” By naming kratom what it is, Texas is putting an end to this.

For years, we had hoped for increased kratom regulation. You may wonder as to why we, as kratom producers, would want that. The safer the items you can buy are, the more regulation there is on kratom products. Therefore, for appropriate dosage, batch numbers for quality assurance, and other information, we currently label all of our products.

We think that’s fantastic! According to us, states ought to demand accurate labeling. Hence the Texas Kratom Consumer Protection Act, which now mandates serving size for kratom products, represents Texas’s position on the issue.

This one may seem apparent, but it’s crucial to make sensible kratom law public. It is illegal for a kratom processor or retailer to “prepare, distribute, sell, or offer to sell a kratom product” if it satisfies at least one of the following requirements, according to this part of the Texas Kratom Consumer Protection Act.

All these laws may be different from Kratom Consumer Protection Act Georgia, or at other states.

This portion is also uncomplicated. A kratom product may not be distributed, sold, or made available for sale to anyone under the age of eighteen, according to the Texas Kratom Consumer Act.

Let’s discuss the consequences for breaking the aforementioned kratom laws in this section. Simply put, there is a civil, monetary punishment for breaking these laws. A $250 punishment will be imposed on you for the first offense. Then, your second offense will cost you about $500 in fines. If you break the law again, you could be subject to $1000 fines for EVERY subsequent offense.

The Texas Kratom Consumer Protection Act, in our opinion, is a positive development that will help the state’s residents. Since September 1, 2021, HB-1097 has been in force and is now the law.

But will the kratom business as a whole benefit from these advantages? Well, it’s still too soon to say. According to our opinion, each state ought to enact its own version of the American Kratom Association’s “Kratom Consumer Protection Act” (AKA).

However, the AKA has led the fight against anti-kratom governmental organizations and brought kratom laws into the realm of contemporary politics by championing kratom consumer bills across the country.

The Texas Kratom Consumer Protection Act, which we previously discussed, contains a number of essential provisions that guarantee the ongoing safety of both the kratom industry and individuals who use it. In reality, there is no federal oversight of kratom products.

The US government does not mandate independent lab testing to confirm that the product you are purchasing and ingesting is actually kratom. This setup is risky. However, the Texas Kratom Consumer Protection Act, at least in Texas, has altered this since September 1, 2021. We hope that laws like these become the norm across the nation so that everyone may buy safe items! 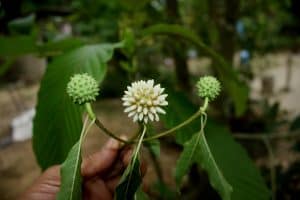 What is the Best Kratom for Pain 2022? Here are the Top Strains

Does kratom relieve pain? Before discussing that, let’s first explore the definition of pain and[Read More] 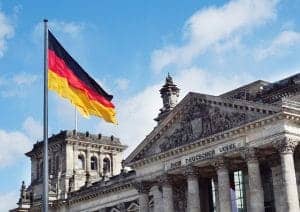 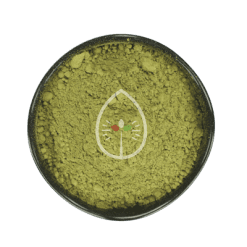